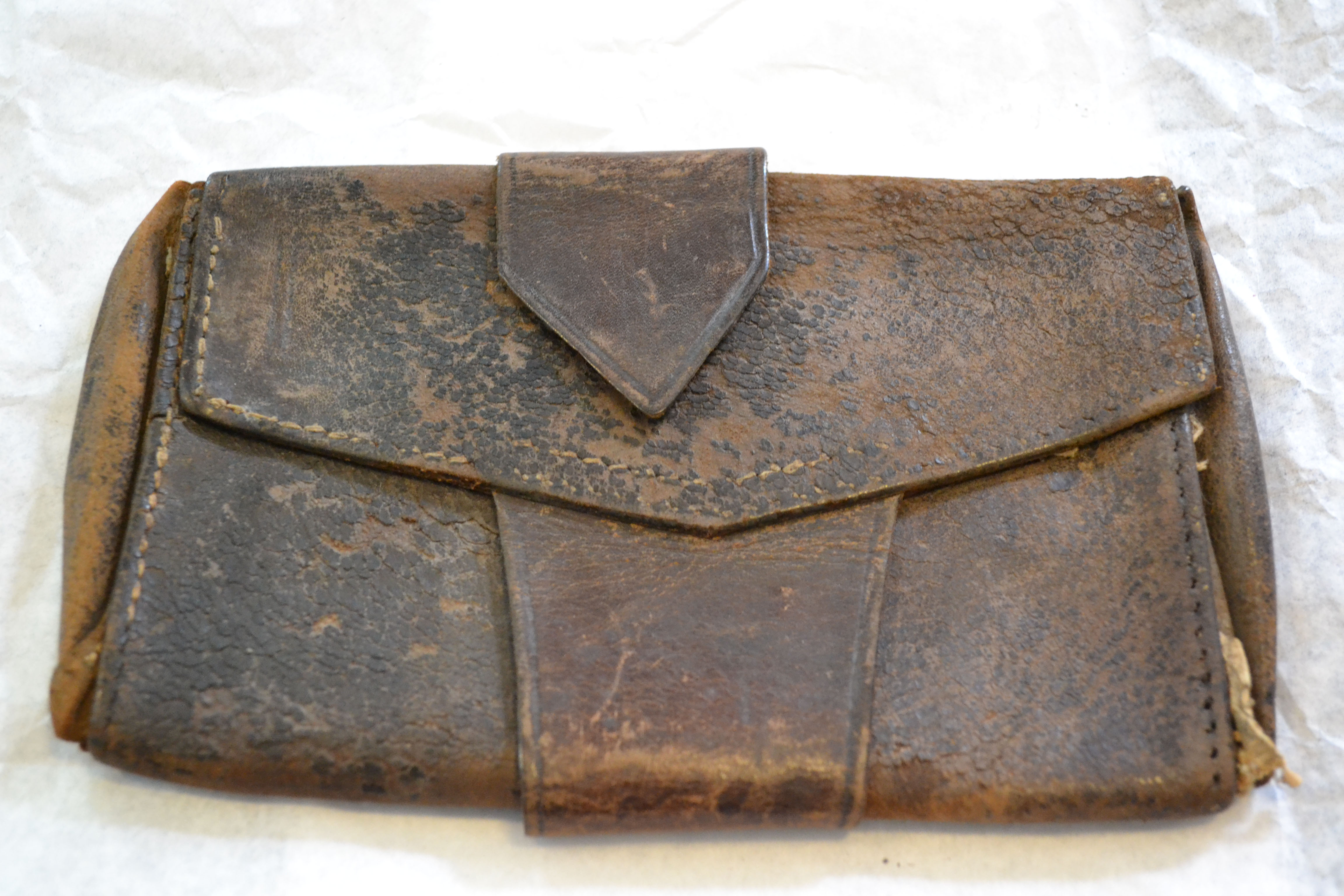 Leather wallet belonging to Roger Williams (1603-1683), circa 1664. In the 17th century, wallets were used to store papers items, including letters, diaries and other documents in contrast to modern connotations of wallets as holders of money. The wallet is currently on view at the Charter Museum at the Rhode Island State House on loan from the Newport Historical Society.

Wampum: The King of Currency

Roger Williams’ wallet is a small leather purse, fastened with a leather strap. Inside the wallet is a scrap of paper that says “Roger Williams his Book 1644.” Unlike modern wallets, seventeenth century wallets were not primarily used to hold money. During the seventeenth century, money was usually made of metal, not paper. Currency came in the form of copper, silver, and gold coins and the denomination of the coin reflected the value of the metal made of the coin. This money, usually known as commodity money, stood in contrast to paper money, which was a promise from the issuer to pay the holder of the paper money a certain amount of goods at a later date. Williams likely used his wallet to store paper money, letters, small books, a diary or daybook, and, possibly, wampum, explained below.

In the English colonies, gold and silver money was in short supply, so colonists looked to use other goods for trade. Also, Native people did not value gold and silver coins as the Europeans did, and so coins were less useful for trading with local people. Instead, colonists and Native people bartered food and goods with each other.

They also used wampum as a form of money. The Narragansett people had made wampum from the shells of quahogs found in Narragansett Bay before the arrival of European colonists. Wampum was carved from these shells, which had holes drilled through them to make small, shiny, purple and white beads. They then put these beads on strings, wove them into wide patterned belts, and even made capes and aprons of wampum for the highest-ranking sachems. Prior to the arrival of European colonists, Narragansett people and other nearby Indigenous groups valued wampum for its spiritual value. Its shiny surface made it particularly sacred, as reflective surfaces were thought to be windows into the soul. Wampum was given as tribute, worn to signify social status, and cemented political alliances.

As European colonists sought to trade with Native people, wampum slowly became valued both for its spiritual significance and for its value as a trade good that could be exchanged for fur. In short, it became money. However, this is not to say that the arrival of European colonists looking to buy fur changed the meaning of a sacred object. Wampum became money because it was a mutually acceptable medium of exchange for both colonists and Native people.

As wampum became increasingly vital to the growing trade between Native Americans and European people, some Native people began to settle in more permanent villages along the coast, in order to remain close to supplies of quahog shells. They dedicated significant time and resources to producing wampum for the market. This shift was harmful to the delicate ecosystem of Narragansett Bay. The natural resources around permanent settlements were heavily taxed, and large scale gathering of shells led to the decline of clam populations in the Bay. 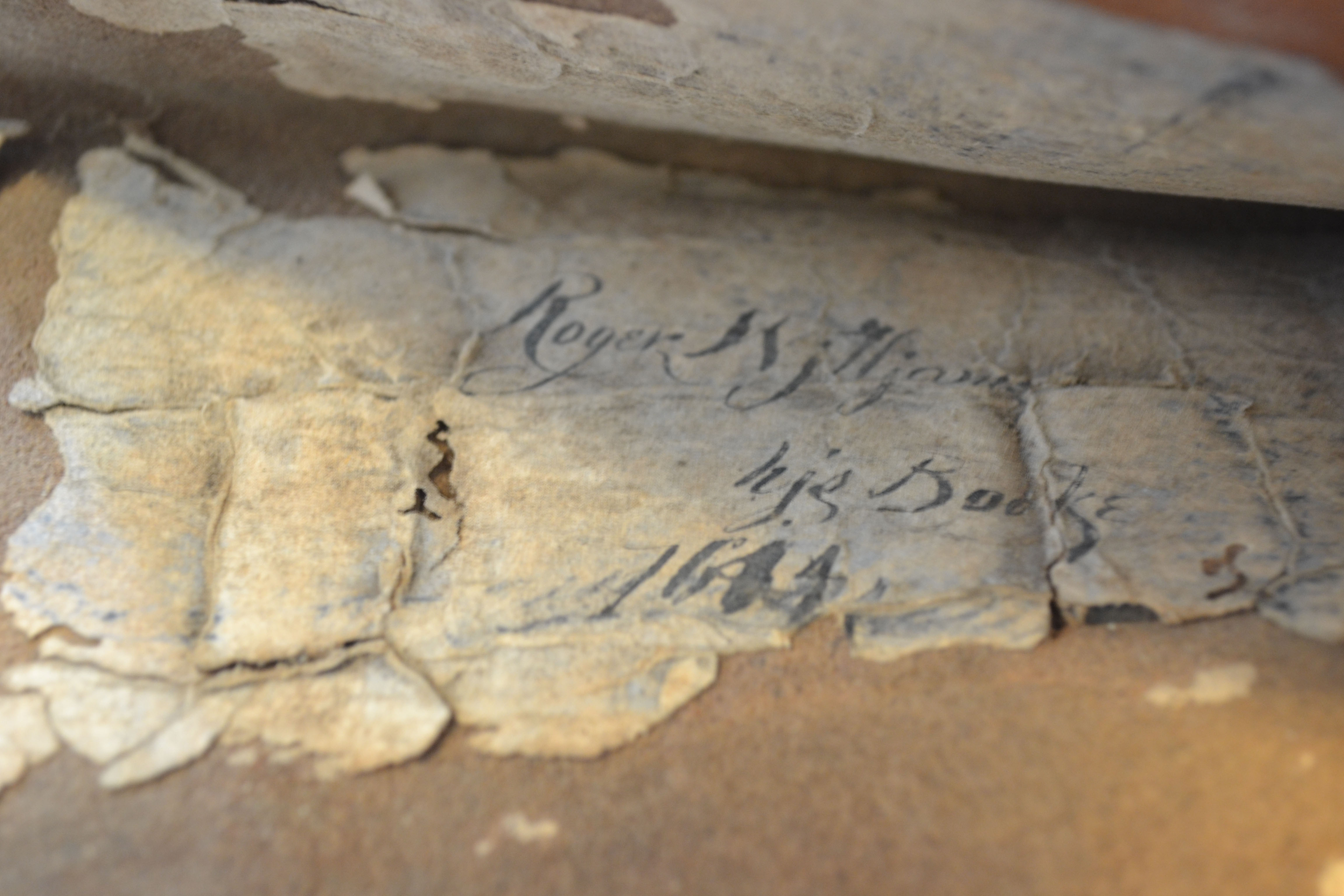 How was money different in colonial Rhode Island than it is today?

What made wampum so valuable?

How did the increased use of wampum impact the environment?