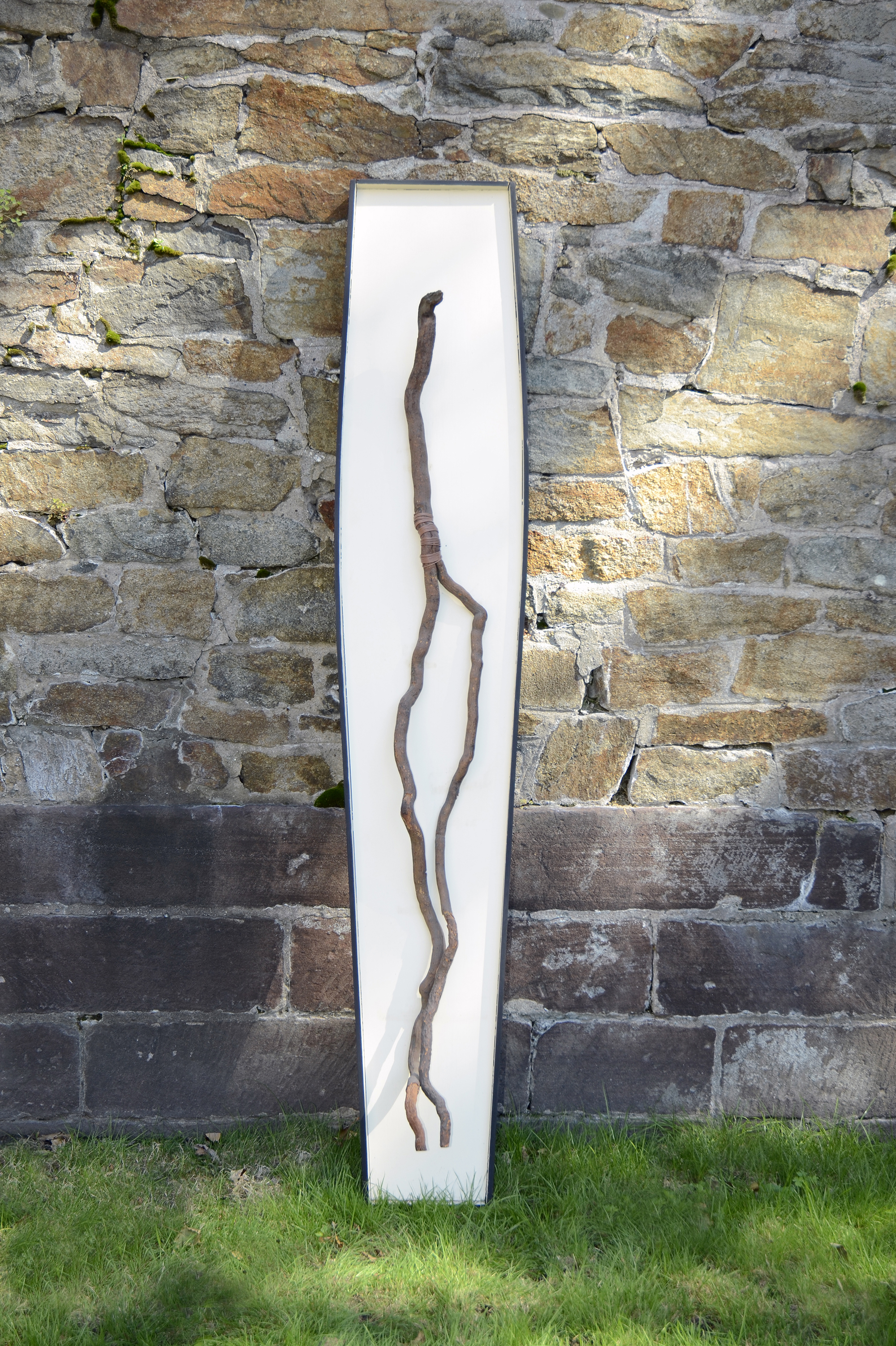 In 1860, a group of men attempted to exhume what was left of Roger Williams’s corpse. When they dug into the back portion of Roger Williams’s home lot near the corner of Benefit and Bowen Streets in Providence, they were surprised to find not a skeleton but the root of an apple tree that vaguely resembled a torso and legs. They believed that the apple tree had been nourished by Williams’s decaying body, and donated it to the Rhode Island Historical Society to keep it safe. From then on, it has been known as “the root that ate Roger Williams.” The Root is currently on view at the John Brown House Museum.

In 1860 the City of Providence exhumed Roger Williams’s grave to make way for a city park and memorial dedicated to Williams’ memory. Nearly sixty years later, an eye-witness to this exhumation, Henry T. Arnold, wrote to the curator of the Rhode Island Historical Society of his memories of that day.

Arnold stated that an apple tree had grown between Williams’s 1683 grave and the house, and that in the open grave was an apple-tree root that had taken the shape of Roger Williams. The tree, they supposed, fed off of the body and thus Roger Williams became part of the earth and part of this apple tree.

The root you see here is the root that Mr. Arnold saw in the grave over 150 years ago. While its main shank branches off into two, it is only vaguely resembles the shape of a body. Nor, according to tree experts, is that how tree roots feed.

So why is this story so important and persistent, and why would Arnold and the people of Providence believe that they had exhumed the root that ate their founding father? Although Williams died in 1683, his memory lived on in the consciousness of the state. This story of the root is a part of a larger legend. The root itself provided physical proof of Williams’ life, and his exceptional character. Like so many of our founding myths, the root reinforced the notion that the individuals who are capable of such important work are, in fact, super human—even the normal laws of decomposition do not apply to them. At the same time, it reminded Arnold and others of Rhode Island’s exceptional place in American history. Just as Williams was so exceptional his body could not decay, Rhode Island was a safe haven among other less free colonies. The link between founding myths and the natural world also connects to ideas of purity and honesty. What could be more “New England” than the apple tree? And who could be more Rhode Island, more American, than Roger Williams in the eyes those who sought to keep his dreams of liberty and freedom alive. Even if Rhode Island did not always live up to the ideals of its founders, the root reminded its residents that it was intended to be a place of equality.

Exhume: to dig out something buried from the ground

Why is it called “the root that ate Roger Williams?”

Why is Roger Williams’ memory so important to people in Rhode Island?