Back to Chapter Index Back to Essay: Before Rhode Island: Early Peoples and Archaeology 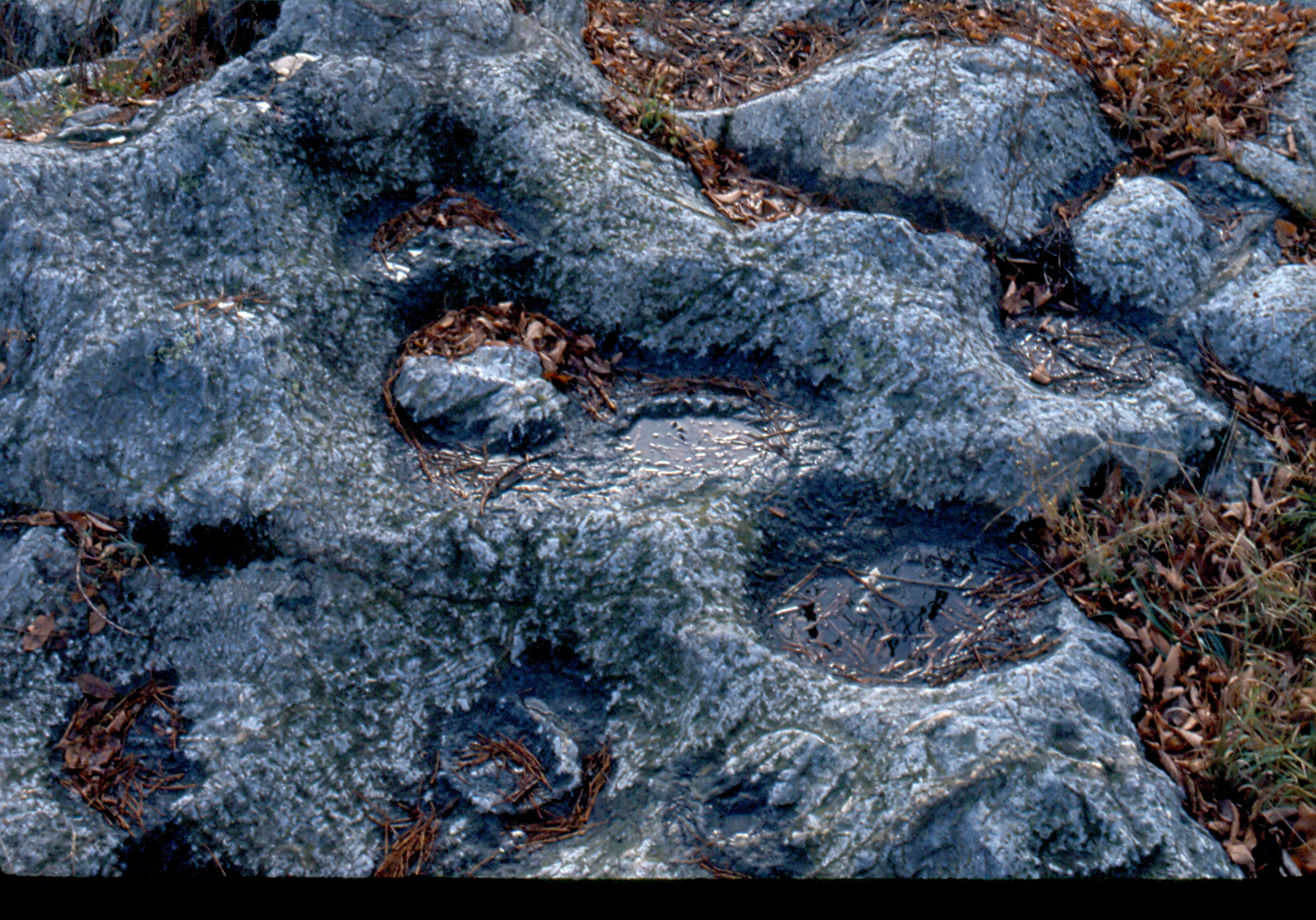 This is a photograph from the Ochee Spring Quarry in Johnston, Rhode Island. Native Americans carved stone bowls from the soapstone bedrock in this area to use for cooking and storing food. The quarry itself is an archaeological feature that has helped archaeologists learn how the Indigenous people made their soapstone bowls in the past. Native American artists today also study archaeological objects and features such as the quarry to learn more about the techniques their ancestors employed. Tool marks in the stone provide clues into what tools were used to accomplish this task and what materials the tools were made of.

Essay by Rebecca Marisseau, Ph.D. Candidate in the Department of History at Brown University

Imagine you are an archaeologist digging at an ancient Native American site, and you come across a piece of a heavy stone bowl. What are some of the questions you might ask about the bowl? Certainly, you would want to know about how the bowl was used in everyday life, perhaps in meal preparation. But you might also want to know how the bowl was made in the first place. What is the material that is it made out of? What techniques did the bowl maker use? Where is it from? Archaeologists are interested not only in how things were used, but also in the technologies and resources ancient people used to make their material culture. 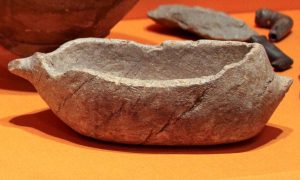 Sometimes, archaeologists are able to study sources of materials like stone or clay to get clues about how early peoples made their objects. As an example, archaeologists of early New England can study quarries (or mines) of soapstone, which is a type of stone that early Native Americans used to make things like bowls and pipes. Soapstone gets its name for its soapy or greasy feel, and can range in color from white to green to brown. Early Native Americans likely used soapstone because it is easy to carve and can hold heat, which is helpful in cooking.[1] However, beginning about 3000 years ago, early New England Natives stopped using soapstone bowls for cooking and food storage and instead used clay pots, likely because clay pots are easier to make and are lighter to carry.[2] There are two known soapstone quarries in Rhode Island and they are located in Johnston and Oaklawn.

The Johnston soapstone quarry – also known as the Ochee Springs site – is an exciting site for archaeologists because it contains evidence about how early soapstone bowls were made. Circle-like marks in the quarry suggest that the stoneworker chiseled out the shape of the bowl, bottom-side up, from the main rock. Then, they split the bowl from the rock and carved out the center.[3] Sometimes, archaeologists find tools near soapstone quarries, like scrapers, chisels, and picks, that offer more clues about the process.[4] 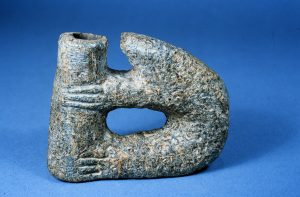 Material culture: anything made, used, or shaped by humans, including things like clothing, jewelry, architecture, eating implements, and even landscapes

Quarry: a mine; a pit where raw materials, like stone, can be extracted

What can archaeologists gain by studying the sources of materials that early people used to make artifacts, like the stone used in making stone bowls?

Imagine you are an archaeologist excavating an ancient Native American site, and you find a piece of  clay pottery. What are some things you would want to know about it? How might you find out?

Next to Stone Knife